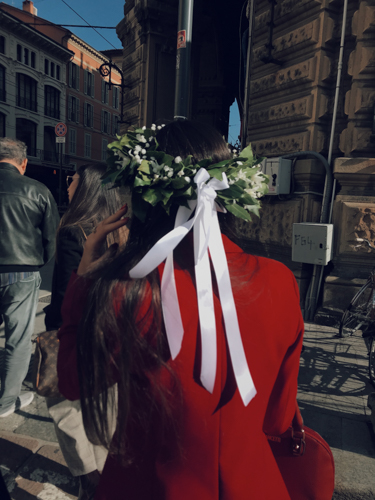 As autumn has been fading into winter, and the decorations of the city changed from colored leaves to christmas lights, there’s been one thing that has been a consistent sight ever since I arrived. Students dressed in their finest clothing wearing laurel crowns surrounded by friends and family, more often than not holding on to one or more bottles of prosecco as they make their way through the city streets, laughing and singing as they get progressively more drunk.

For weeks I watched them, with equal intrigue as confusion, for the only occasion I could think of where people would don a laurel crown is as the victor of an athletic or martial competition. Whilst I didn’t exclude this possibility at first, it seemed to me that there were rather one too many drunk students wearing it to be the case, and so a more likely conclusion I came to after some excellent googling – “laurel wreath italy what” – I found out that these students, aptly called laureat(o)/(a) are fresh graduates!

I was informed that not only they have just received their degree, but have completed a graduation exercise, where these Masters students had to answer one question in front of a panel of professors, who would grade them between 80 – 100; giving them a number that would be added to their degree – and that would have a significant importance in their future job applications. This event is held in a hall that’s filled with family and close friends, is possibly the largest event in the Italian Higher Education experience, and sounds like the nervous academic’s absolute nightmare. It’s no surprise to me that this is followed by a full day of drinking and celebrating, I’d say it’s more than well deserved.

Sadly I haven’t been able to attend one of these events myself – the few Italian friends I’ve made are still mid-master and won’t be having one of these celebrations for at least another year – but I can vividly imagine the pride and relief that comes from finishing this intense interrogation, and so it does give me a better understanding of the wild abandon of the celebrations I’ve seen pass me in the streets. I can not confirm whether this is a general rite of passage or if it is something these students can opt to participate in, but it’s definitely intriguing to me.

Speaking as someone from a country where the extent of graduate celebration is being sent an e-mail with congratulations, getting the degree in the post, (and if you have the patience for it, a lecture where at the end the names of the graduates are read out loud); this extensive celebration of graduation is astoundingly foreign. However there is something wonderful about it as well, this event that takes the time to really acknowledge the time and effort spent on making it to that point, on the hard work that went into becoming a MBA graduate. Speaking with Belgian friends, our pride in getting the master’s degree is limited, rather it’s something we just need to get in order to find a job that we could potentially not hate. It’s less of a celebratory moment than a milestone that needs to be reached in order to start on the rest of your life, and it’s something that in my eyes seriously minimizes the value and the experience of our (pretty darn good) higher education. There’s very little excitement left in getting a degree – and whilst I understand a lot of that has to do with how people think that the democratization of tertiary education has led to a devaluation of those degrees, perhaps we’d do well to take a leaf out of the Italian book and recover some pride in the many hours that we put in, the nights we stay up trying to memorize important information, the endless papers we write…

Alas, until Belgium catches on with these celebrations, I’ll have to write my complaints online like a salty old lady whose casserole did not properly brown, and continue on with my story.

As any Bologna student could tell you, the one phrase that is repeated ad infinutum (that is chanted, sung, yelled or shrieked depending on the people celebrating, is “dottore, dottore, dottore del buco del cul. Vaffancul, vaffancul!”  which rather elegantly translates to “doctor, doctor, doctor of the mouth of the ass… F*** you!” – a true Italian expression of love and affection.

The wanderings around the city from these groups of elated people are accompanied by games designed by their friends and family, often for the student to show off some of the skills they’ve picked up during their studies. For example, a linguist might be asked to find tourists that speak their target language, and ask them to share a drink from the previously mentioned bottle of prosecco. Another example is one of the students I met during an evening out drinking beers with a new found companion – a zesty German young man who’s name shall not be mentioned online. This girl – a student of political sciences –  was dressed in a dress that could almost be considered gala ready, and she and her friends were handing out embarrassing pictures of her face, whilst she went around informing people exactly what she majored in and what she was going to do with it. Through the rapidfire Italian I only understood a few little things, some things about equality and charity, but one of the sentences was clear enough. As I was handed a picture of the graduate with crossed eyes and fingers in her nose, one of her friends told me, “take a look at the face that will make the world a better place,” – listen, I’m not Italian, but she has my vote.

According to some of my classmates, these celebrations are something that goes on throughout the whole year, so whenever you set foot in an Italian university city, chances are you get to see these students, handing out pictures or caricatural drawings of the graduate (and you might even be graced by the honor of sharing a drink with them).

And whilst after almost three months of constantly having to avoid people dressed as unicorns or large bottles of beer, it can get a little tiring, having to cross the street just so you don’t bump into them, it’s probably my favourite Italian tradition so far. (A hint to my friends … I’d like to have one of these when I’m back home, thanks) 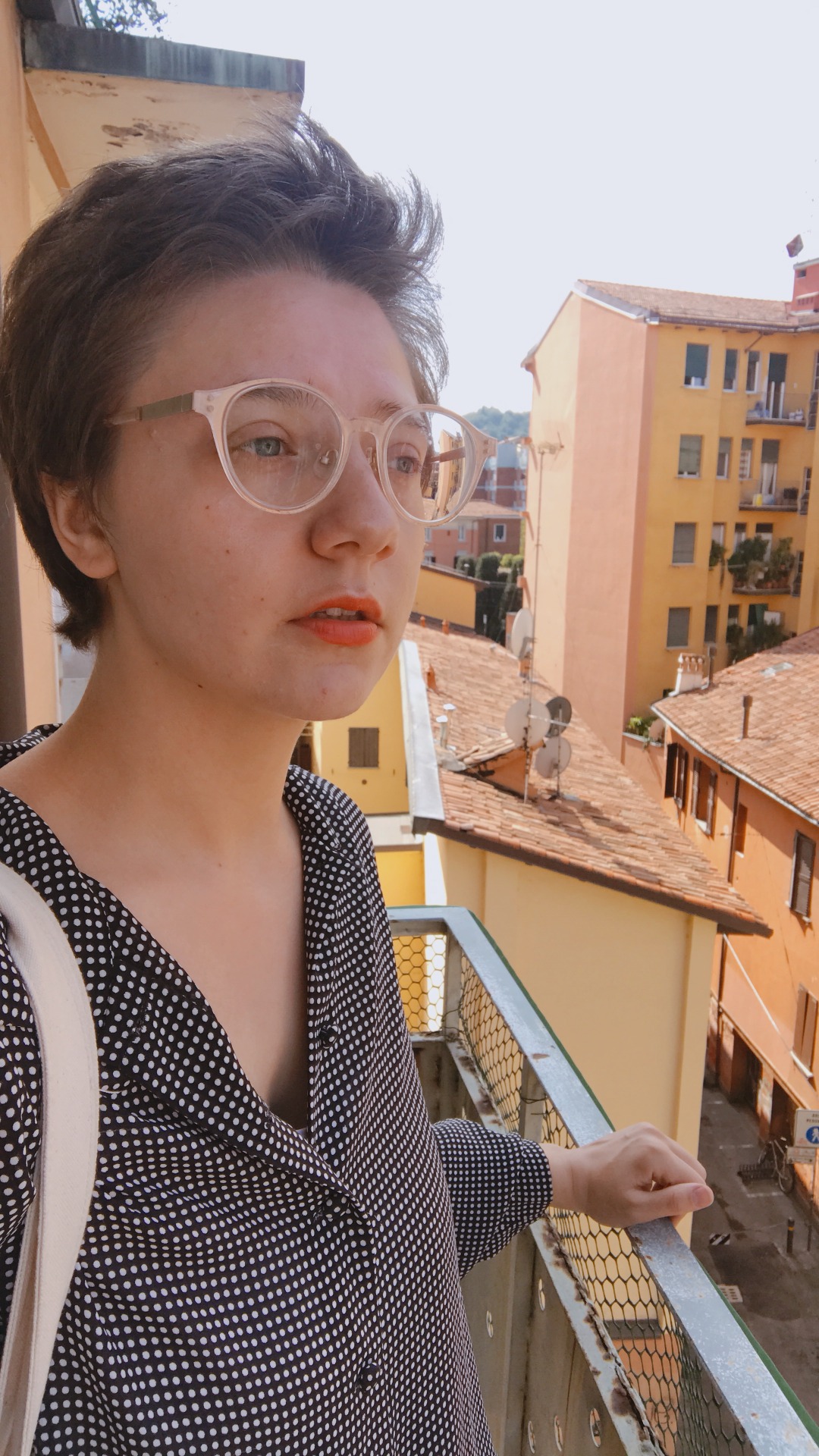 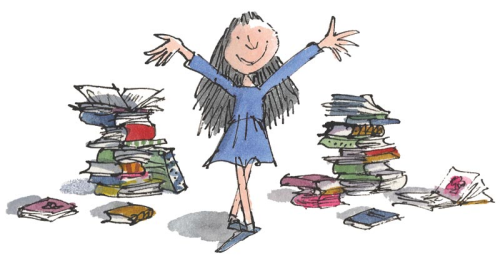 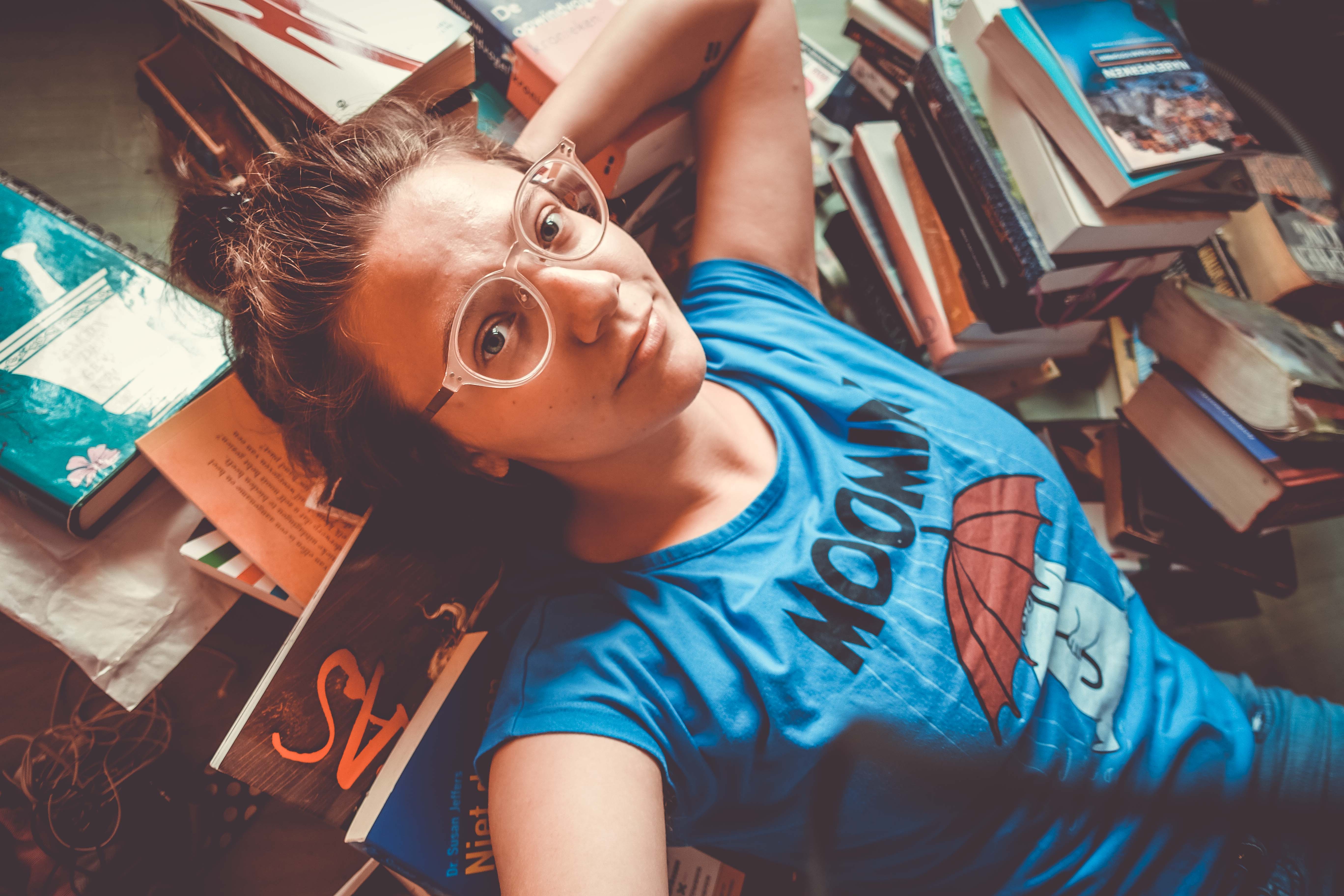 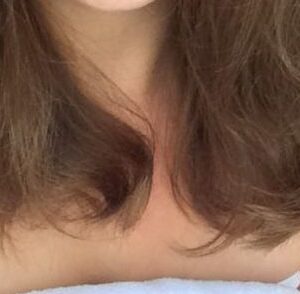